Get 3 FREE Gifts with Purchase of Any Case! Use Code: BUNDLE

ZUGU was born in 2010 when founder Tim Angel was looking at iPad cases and realized he was going to be faced with the same frustration he always had trying to prop up his iPhone. He knew a bigger screen meant a bigger problem and decided to do something about it.

As a young 25-year-old self-proclaimed inventor & entrepreneur looking to prove himself, he decided he would do whatever it took to create the most innovative adjustable iPad case with stand in the world. Since that day, he has been driven by the goal of creating a protective iPad case that strikes the perfect balance of function and aesthetics. 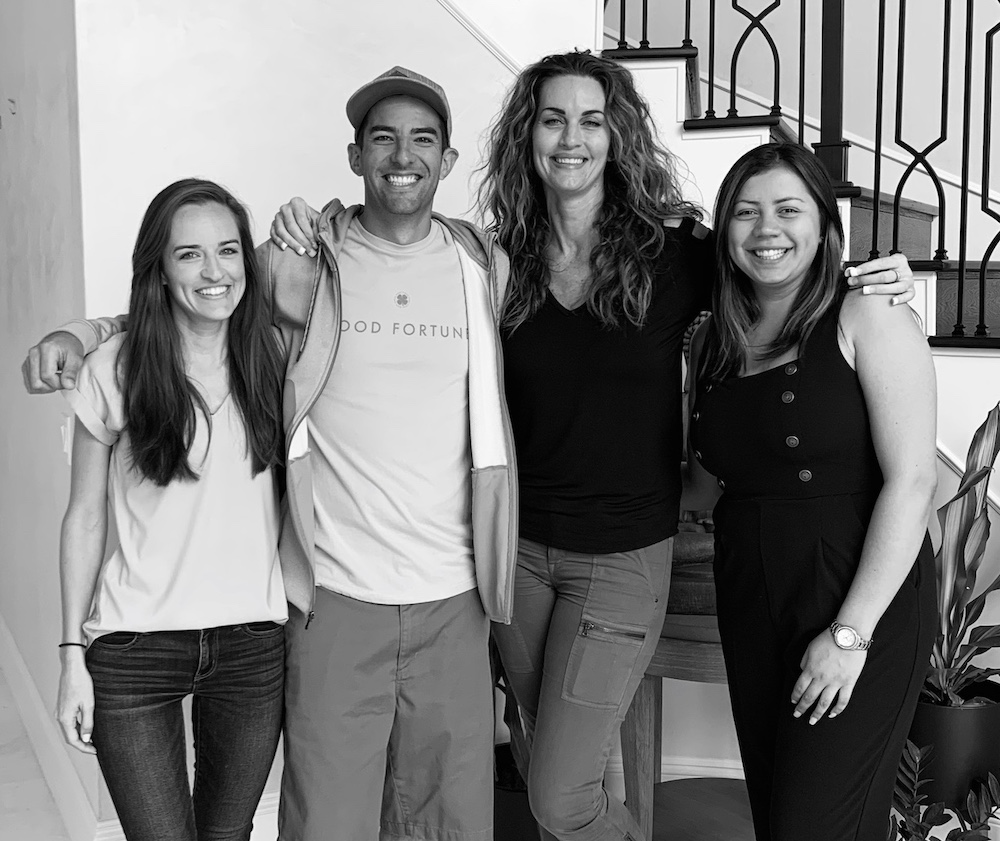 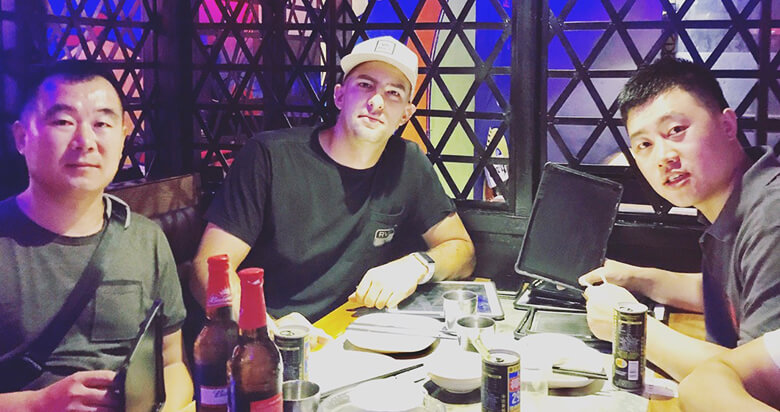 In late 2009, at the age of 25, Tim was let go from his full-time job within the family business due to his parent's divorce. Needing an income to pay his rent and personal debt, Tim faced a tough job market without even a high school diploma to stand on. He was hired at UPS earning $8 an hour, but on the drive home, he realized minimum wage was only going to get him one place—further in debt. So he immediately called them to quit.

Tim always dreamt of being an entrepreneur and decided it was time to act on it. Unsure where to start, he began searching both Craigslist and garage sales for furniture and home goods that he could resell to generate a profit. Unfortunately, it was not enough to pay the bills, so he moved out of his apartment and was living on the couches of family and friends.

Tim had always followed Apple and their products. He had been anticipating the arrival of the iPad, but while looking at the available accessories, he noticed an obvious gap. There were no iPad cases that were exceptionally great. Then it hit him. It was at that moment Tim decided that there would be a new and superior iPad case on the market, and it would be made by him.

Tim always had a strong passion for inventing, so creating an iPad case was a perfect fit. Over the course of several weeks of late-night brainstorming, Tim had finally created a final prototype made out of paper board at 5 am one morning after working on it all night. 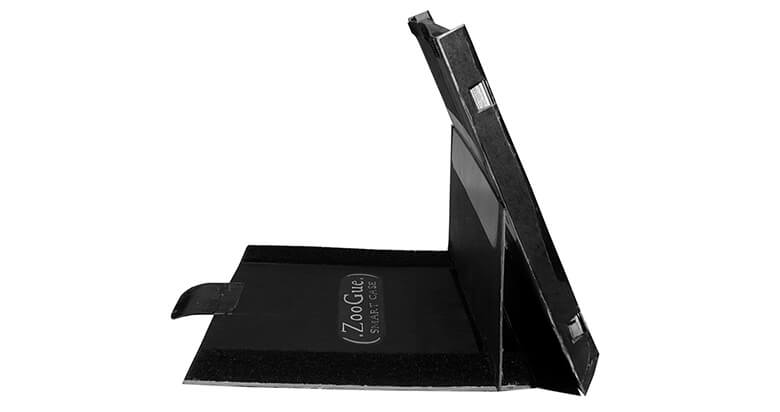 Despite his confidence in the design and functionality of his new iPad case, he still couldn’t find an investor to fund his idea. Taking matters into his own hands, he sold everything he owned—his TV, dirt bike, bed, speakers, etc.. He was able to pull together $6,000 from this, and on March 16, 2010, he bought a plane ticket to China for two months to source a manufacturer for his new rugged iPad case.

Soon after all of this had happened, Tim’s best friend’s dad quickly noticed his passion, commitment, and dedication. He decided to invest and wrote a $70k check on a handshake and ZUGU was born.

2010 - Tim left for 2 months to China to source a manufacturer for his Invention. Tim arrived in China with an attitude that nothing would stop him from achieving his goal. But the trip proved to not be an easy task. Tim knew no one in China. It took him 5 hours just to get to a hotel since he couldn’t find anyone that spoke English.

He was able to eventually find a quality manufacturer. He would stay at the factory during the day working on prototypes and at night in his hotel trying to get the word out online. After weeks of nonstop working from morning to night Tim ended up getting sick with a throat infection, sinus infection, lung infection and 2 ear infections. Over the next few weeks Tim ended up going to the hospital 5 times before recovering, but he never stopped working in between visits.

April - After the final sample was approved production started at the factory. To better understand the workers and to gain their respect Tim decided to work for a day on the assembly line just like any other worker. They were shocked and grateful.

June - The first shipment arrived in California. Marketing now becomes Tim's main focus and spends a majority of the time spreading the word on a zero dollar marketing budget. He eventually lands some huge articles, one in the Orange County Register, Tuaw (AOL Tech) and Macworld, Good Morning America and Rush Limbaugh spoke about Tim’s unique iPad case over the air. Business was picking up, so Tim went back to China for a month and a half to start working on improvements for the next model.

Tim lived either in hotel rooms in China or on friends couches back in California for over a year until the debt was paid back to his friend/investor. 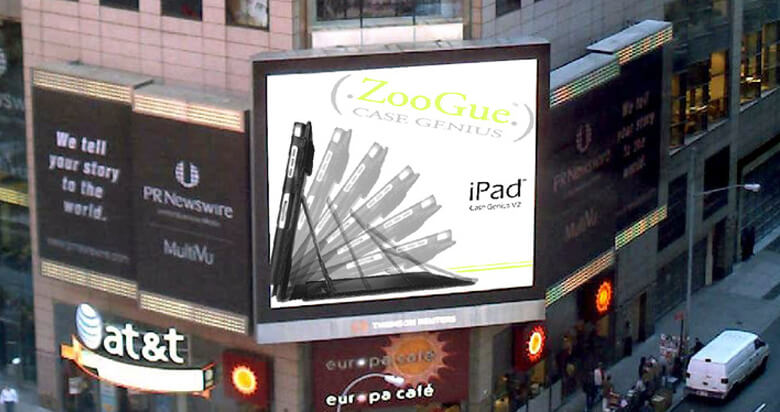 2011 - The initial $70,000 debt was paid off. However It was tough to continue the great publicity through news sites so Tim contacted big You Tubers and told them his story. He was able to secure reviews with many of the most well known reviewers, unbox therapy, soldier knows best, TechnoBuffalo and many more. But towards the end of the year sales were heading downward again so Tim did something pretty crazy, he flew to Hawaii hiked for hours to find a lava stream and made a video of dipping an iPad in Lava. This video went viral and got over 6.5 million views which really helped get the word out.

2013 - The first Prodigy case was launched which had a great response but it was tough to capture publicity for it. Slowly we headed deeper and deeper into debt. In a desperate attempt to improve sales he decided to borrow more to attend the CES tradeshow. Unfortunately that was a complete failure which resulted in $60,000 down the drain. Tim ended up having to let employees go, lower salaries, etc. With not many options on the table he knew there needed to be big changes in order to survive. The decision was made to no longer sell to resellers and only sell direct to customers on the website and Amazon.

VIEW THE MAKING OF CASE PRODIGY

2014 - As publicity was scarce, it was evident that the $0 marketing budget rule of Tims needed to change. Using the extra profit from selling direct to customers, and investing it into Amazon advertising proved to be a good move. Amazon quickly became the biggest and most successful piece of the business. ZooGue was finally able to completely pay off all debts of over $200,000.

2015 - 2016 - Constant tweaking and optimizing of Amazon advertising campaigns helped ZooGue grow steadily. Tim spent most of his time making constant improvements to the iPad cases. It was decided to rebrand the company to ZUGU CASE and released the newest version Prodigy Exec Case which was a hit.

2017 - The newest redesigned Genius model was launched and although some people loved it, its success was nothing compared to the prodigy so it was decided to discontinue all cases except for the prodigy. We bet everything on it. We borrowed a quarter of a million dollars, focused all our time and effort on making the new Prodigy X the best case in the world. It took blood sweat and tears but the finished Prodigy X case is like no other case we have ever made, it has already broken every sales record we have ever accomplished in our 7 years in business and is by far our most successful case ever. We were able to pay off our quarter million loan in just 2 months.

2018 - We launched our new website, and expanded to multiple other countries on Amazon. Almost tripled website revenue. Our Amazon USA sales had the largest growth of over 500%. Total 2018 rev was over $7 Mil, that is a major increase from 2017 $1.5 Mil

2019 - We doubled the size of our in house team from 2 to 4, but we have always outsourced a lot. We reached over $16 Mil in revenue this year and donated over $300,000 to build a community center to help children get out of poverty through Children international.